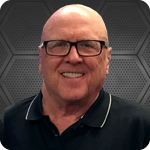 Over 40 years of experience in all aspects of radio automation, project financing, innovation, design, integration and radio studio operations. Ron has designed, managed and supplied numerous major market radio projects in USA and Canada.  With the Paley family acquisition of DJB technology in 2012, this same experience and attention to detail is given to your DJB software and services purchases. Recognized internationally as a radio ambassador, Ron’s companies are holders of four NAB “Cool Awards” for radio industry product innovation recognition. Ron’s expertise in broadcast studios allows DJB to provide reliable and cost effective turnkey solutions for LPFM, FM, AM or networks. 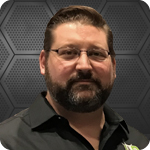 Adam Robinson brings 25 years in radio, the last 17 of them as Operations Manager and Director of Engineering & IT with the Evanov Radio Group of Toronto. Adam’s career in Radio Broadcasting is one that’s most impressive as it includes stints as an Announcer, Producer, News Director, Music Director, Program Director and Production Manager. As an early adopter of radio automation software, Adam installed and operated iMediaTouch radio automation systems at all of Evanov’s 18 Radio facilities while on the hardware side, Adam installed one of the first Wheatstone TDM and later ip console systems in Canada. Says DJB President, Ron Paley, “Adam brings an enormous wealth of experience from the front lines of radio and broadcast engineering to our radio software solutions team. His personality, energy and can-do spirit are well known in the industry and are true assets.” 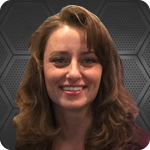 Ginny has extensive experience in online web based database development, management and customer care. When Ron Paley acquired the rights to Digital Jukebox software, all of the previous 20 years of sales, software licenses, support plans and client contact information was on paper.  Ginny converted over 175,000 records into one of the industry’s best CRM databases giving us instant access to all of our many DJB worldwide users. Today Ginny is your frontline contact at DJB. She understands the 24/7 mission critical operations you face and when you call us, ,she knows exactly who you need to talk with to solve your needs. 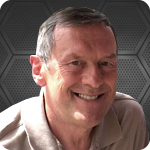 Ted was a rock drummer in the 60’s which led him to the world of the recording studio. He got into management, production and advertising. In the mid 70’s, Ted saw how great Tascam recording products were and his company, Oakwood Audio, became the exclusive Canadian vendor. By the late 80’s, he and brother Ron had acquired MediaTouch Automation and formed OMT which they eventually took public. In 2006, Ted joined Ron Paley Broadcast helping analog radio stations convert to digital. Today, Ron Paley Broadcast is the Canadian Vendor for Wheatstone, Audioarts, Tieline, Studio Hub, VoxPro and, of course, DJB Radio products. 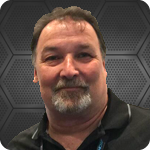 Taylor as we all call him, is Mr. Radio at DJB with many years as On Air Talent in major market radio. After a decade of radio remotes, promotions, production and voice tracking (on tape), Taylor joined Ron Paley’s company in 1995 and has travelled the world installing software and training broadcast personnel. These days, we prefer to keep him at DJB home office where he works daily using the internet to teach, program and support.  Taylor is expert in Web Dial-Up training for DJB users who wish to integrate with Natural Music & Traffic software, Selector and Music Master schedulers. He is also proficient in satellite programming using closures for breakaways, rejoins, and loading & off loading sports logs for network run radio or sports broadcasts. 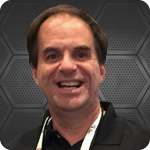 Van Clough, has over 40 years of Broadcast Engineering experience and has built many studio and transmitting sites. He is an SBE Certified Broadcast Engineer and Certified Broadcast Networking Technician. In 2001, Van in association with Ron Paley, developed PROracks Broadcast Computers. His computer was rack mounted to fit the audio racks used in in radio, ultra-quiet so they could be installed in air studios, reliable for mission critical 24/7 operation and backed by a solid warranty with support. Van even designed a 4 TB Solid State File Server in 2014 that had no moving parts other than whisper quiet fans. He is a certified integrator for DJB Software with HP business and/or PROrack computers. 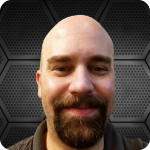 Dave Cooke brings 30 years of electronics and IT experience to DJB as our senior support technician. As a student, Dave was pursuing a music degree when he decided to join the army. After 4 years of jumping out of perfectly good airplanes (and also fixing military electronics), he transitioned to the radio industry. Dave spent more than two decades as an assistant engineer and IT technician before becoming the IT Manager for a radio cluster in Fayetteville, NC. In 2019, he joined the DJB team and is the friendly voice on the other end of the phone our customers have come to trust when the chips are down. As for that love of music – Dave still enjoys playing guitar and keyboards in his church band. 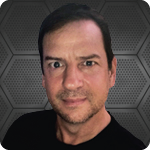 Tyzen Paley has over 30 years of experience in the arts and entertainment industry. As a live performer, he has headlined his act in venues across the United States and Canada such as Planet Hollywood, Harrah’s and Royal Caribbean Cruise Lines to name a few. Due to his show biz popularity, he certainly is no rookie to Radio and Television. Tyzen brings to DJB Radio a wide variety of artistic talents. When he is not entertaining, he is recording voice overs, editing videos, creating ads, designing the website and managing DJB Music Libraries. If you need any DJB Media Files such logos or ads for your project, you can reach Tyzen at EMAIL