DJB Radio: A History Of Innovation

Creating Award Winning Radio Software Is In Our DNA

Known by many as the ‘Godfather of Radio Automation’, Ron Paley has been at the forefront of broadcast innovation for more than 30 years.  Building on his decades-long legacy with the groundbreaking Media Touch system, Ron took over operations of Digital JukeBox in 2011 and rolled up his sleeves once again.  Over the years, Ron and his team have been responsible for many of the features you now find in all modern radio automation systems. 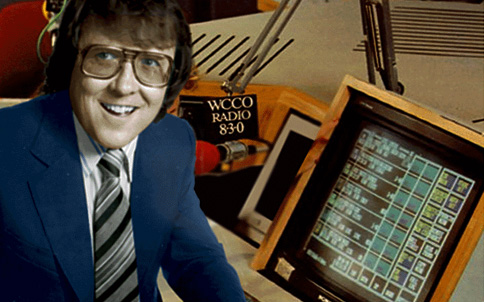 Where It All Began
1988 – Ron Paley proudly showing off an early Media Touch system built for Westinghouse Radio’s WBZ, 1010WINS, KYW & WCCO. This revolutionary touchscreen-based radio automation platform was also the first to use a computer-assigned audio router and no physical mixing console. 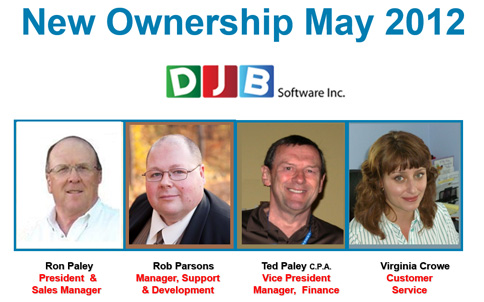 Under New Management
2012 – Ron Paley and a veteran team embark on their second radio automation venture with the purchase of the Digital JukeBox. With more than a century of combined experience in broadcast automation, DJB Radio was destined for great success. 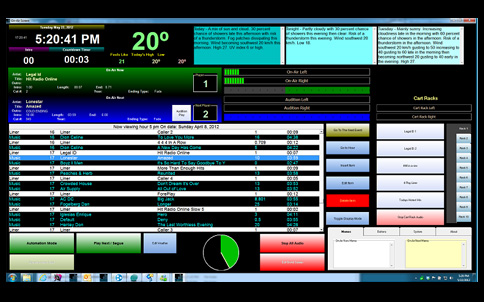 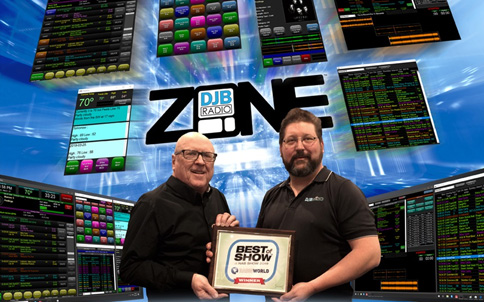 Ron Paley and DJB Radio have been in the forefront of innovating radio technical advances for over 3 DECADES!

Here are some of the highlights…

1997
Use ANY Sound Card With Our Embedded Audio Codecs

In Canada, the CRTC (Canadian version of the FCC) mandated that all stations must retain an audio log for 30 days. Tapes drives were expensive, inefficient and hard to maintain at multi-station facilities. Ron Paley's multi-task logger software innovation is still in wide use.

When the union representing commercial voiceover talent demanded payment for both the broadcast AND the streaming performance of their work, advertising agencies balked. They told radio not to stream their commercials - or to pay the fees themselves. Ron Paley came up with a way to replace those streamed commercials in real time - preventing radio from abandoning the internet and winning the Cool Stuff Award.

THE BEAT, in Kitchener, Ontario becomes the first fully digital station in Canada. The most listened to station in SW Ontario, owned by CanWest Global Radio, goes completely digital - Microphones to the Transmitter with Ron Paley's assistance.

Ron Paley designed and developed a centralized Isilon 39TB Web Accessed Server to house a digital library of over 1 million tracks interfaced with the OMT On Air Automation System at CKUA Radio. Additional features were multi user archiving, multi user on demand music and metadata retrieval for play-out over the CKUA Radio Network and its Website. Each of the million tracks included metadata, album covers, artist trivia, and 3 audio versions: uncompressed wav stereo, 4:1 256 Kbps MP3, and mono 128 for online auditioning.

The Central Canada Broadcast Engineers named Ron Paley as it's Ambassador of the Year for his 40+ years of service to the Radio industry. You can read more about his story on his blog at Ron Paley Broadcast

The Paley Family, Ron, Ted and Carol, take over Digital Jukebox from founder Jim Barcus. Jim had started Digital Jukebox in 1995 with a DOS based radio automation system. DJB Radio has completely transformed the software while keeping the tradition of affordability that was the hallmark of Digital Jukebox.

We became the first Canadian and US radio automation company to win 3 of of RadioWorld's Cool Stuff Awards! The Cool Stuff Awards were given out at the NAB Convention after a select panel of engineers examined all the new products each year. Our original Radio Spider allows stations to capture programming from web sites, FTP sites and email accounts completely hands-free ending hours of busy work each week at most radio stations.

RadioWorld changed the name of the award, but we won it again with our new WEBSTREAM Radio Logging Software. Instead of expensive audio interfaces, our software lets stations capture up to 8 signals off their webstreams and it sounds off ALARMS and email WARNINGS if the stations stream is OFF AIR. How good is that?!

Internet radio broadcasters discovered our Button Broadcaster Pro software was almost perfect - except for one thing. They wanted to use iTunes®. We listened and came up with the innovative iBroadcaster for iTunes® Pro. When RadioWorld saw it at the NAB, they fell in love and gave it Best of Show!

DJB ZONE is a new software offering from DJB RADIO that evolved from 31 years of radio automation innovation and was officially released at NAB 2019 Las Vegas. DJB ZONE takes radio programming and daily operations to a new level with its many innovative, efficient & user-friendly features. As advertised, it’s RADIO. AUTOMATION. REIMAGINED.